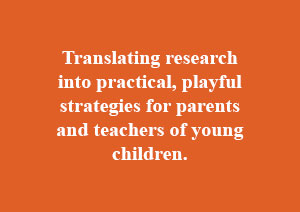 Founded by Louise W. Wiener and headquartered in Washington, DC, Learning and Leadership in Families (LearnLead) began as a research and demonstration project under the auspices of the National Head Start Association (NHSA) in 1992 and became an independent 501 (c)3 not-for-profit in 1995.

The first program, Museum as a Resource, was based on parallel national surveys designed by Wiener and circulated by NHSA and the Institute of Museum Services on a grant from the W.T. Grant Foundation to explore the openness to adult to adult interactions among museum and Head Start professionals and parents. The exceptional response rate, approximately 50% from each discipline, suggested a latent opportunity. The demonstration project under the auspices of NHSA engaged parents, teachers and museum educators together in using museum resources with preschool children and families to promote language development and critical thinking.  We learned that the most intimidating part of museums was the building, not the collection and that both parents and teachers felt successful using museum education strategies.

A change in federal welfare regulations undercut the capacity to work with parents while children were in class. and a new set of logistics was needed to build on what we learned. Three logistical changes drove the next steps.

Messages of the Built Environment (Messages) is a classroom -based early childhood enrichment program designed in partnership with the American Architectural Foundation on a grant from the National Endowment for the Arts. Messages teaches parents and teachers how to read everyday environments and to use that skill to stimulate conversation that supports children’s language development, math and science readiness and critical thinking skills. The program includes parallel professional development for teachers and workshops for parents, pocket guides for parent-child or teacher-child interactions, large group family field trips and family portfolios. Designed initially for preschool programs, some elements of the program are useful for kindergarten, first and second grade.

We adapted the Messages program into Parenting for Literacy to support parent and children together and home-based programs.

The Perfectly Punctual Campaign (PPC) now distributed through Attendance Works, was designed in response to a challenge from a board member and union leader to address what the union identified as the largest cause of job loss:  not showing up or not showing up in time. We recognized that the same attendance issues undercut the efficacy of preschools and elementary schools with which we worked.

The Perfectly Punctual Campaign engages children directly in monitoring their own attendance, honors parents for getting their children to school on time, and teaches parents, teachers and administrators how to prevent or reduce chronic absence and tardiness from the outset of schooling.  PPC was implemented in multiple elementary schools and Head Start agencies in Washington, DC; Baltimore, Maryland; Marshalltown, Iowa; and Delray Beach, Florida, before being absorbed into Attendance Works in 2015.

Through Attendance Works, PPC Learner’s Guide, materials and designs are now downloadable for free and its lessons learned are integrated into Attendance Works toolkits, Early and Often: Showing Up in Preschool Matters 2.0 and Early Matters: Integrating Attendance into Kindergarten Transition.

Our goal now is to find a home for the LearnLead’s Learning Model and/or its programs and materials so that lessons learned can contribute to the next generation of creative family and community engagement initiatives and/or enrich summer and after-school programs.